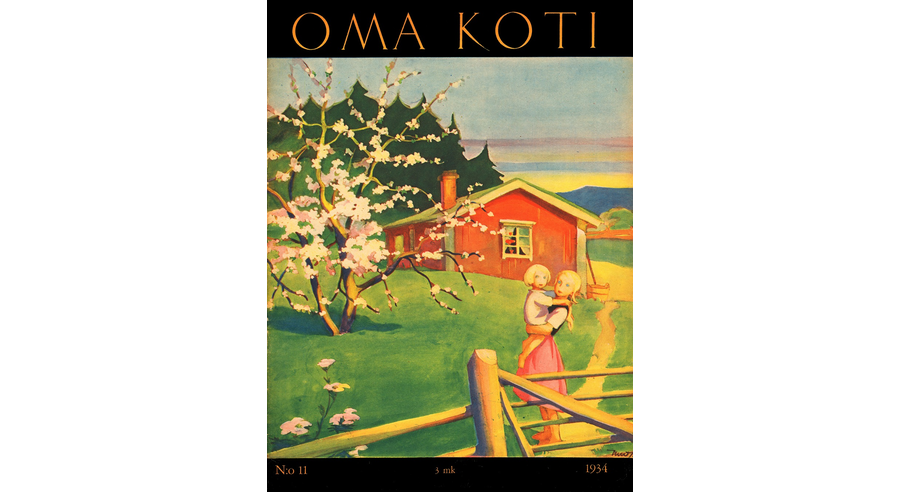 The Oma Koti (‘My Home’) magazine was founded in late 1931 as a competitor to the very popular Kotiliesi magazine for women, founded in 1923. The new magazine announced that it wanted to, “more than anything else, embrace the spirit of the home and promote housekeeping skills”. It also stated that it wanted to attract readers from urban areas, who often had to live in small flats. In addition to topics related to housekeeping, the magazine featured articles about fashion, arts, literature and other cultural themes.

Martta Wendelin (1893–1986) painted all the cover images for Oma Koti. She had already become popular as a cover artist for the Kotiliesi and Aitta magazines. The cover images for the new magazine featured peaceful and serene rural scenes. They depicted a hard-working and happy daily life, and the themes included motherhood and childcare as well as domestic chores and farm work. Unlike Kotiliesi, however, Oma Koti’s covers did not feature any religious themes.

The Oma Koti magazine was short-lived, only 62 issues were published – the first was the November 1931 sample issue, and the last was published in early July in 1934 – yet it succeeded in becoming just as popular as Kotiliesi. As a result of an economic downturn, Otava and WSOY decided to transfer some of their magazine businesses to a new company, Yhtyneet Kuvalehdet. Oma Koti was merged with Kotiliesi, the magazine to which it was originally meant to be a competitor.

The exhibition has been compiled by Tampere-based collector Kari Elkelä from works in his own collection. 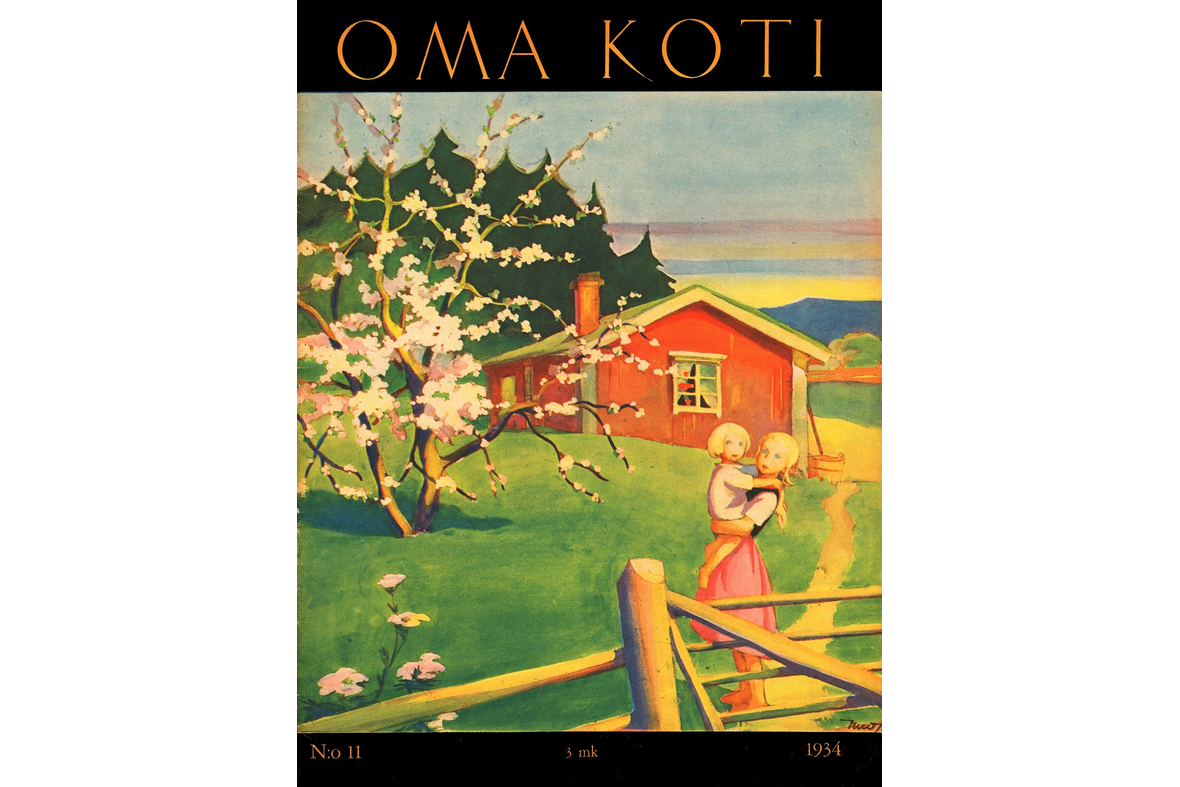 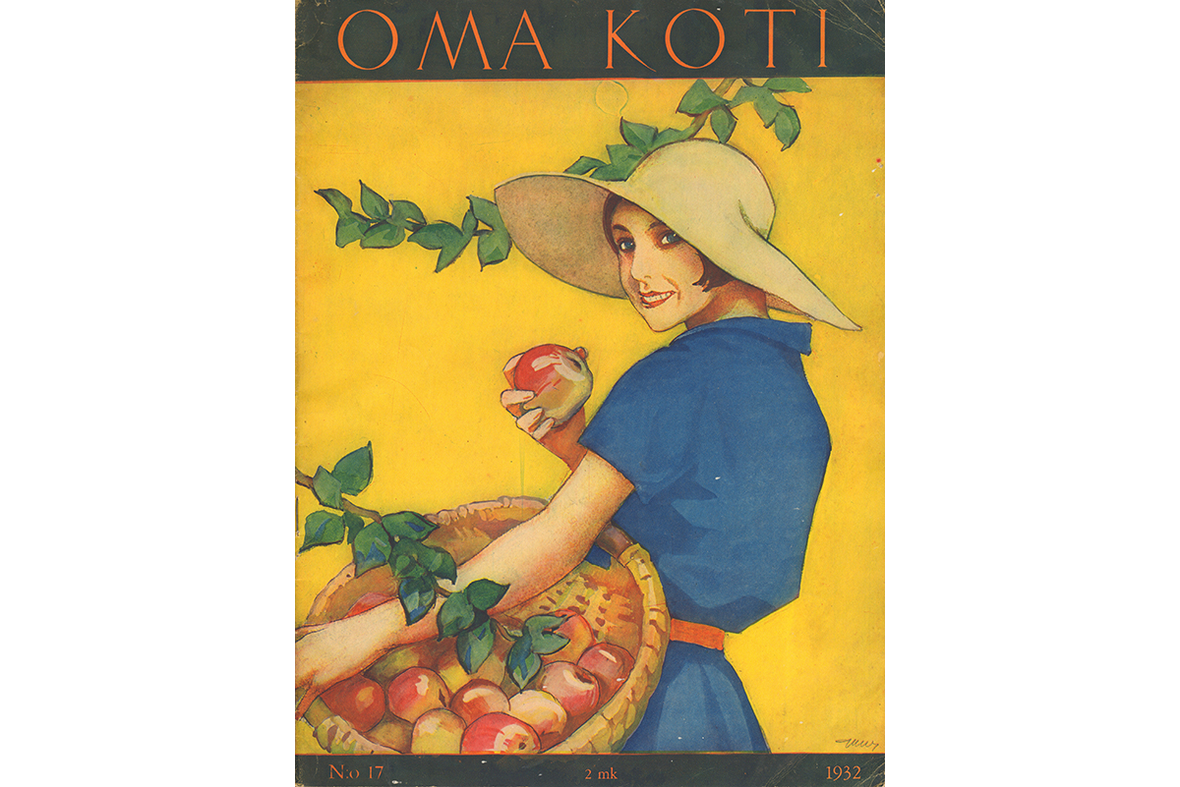 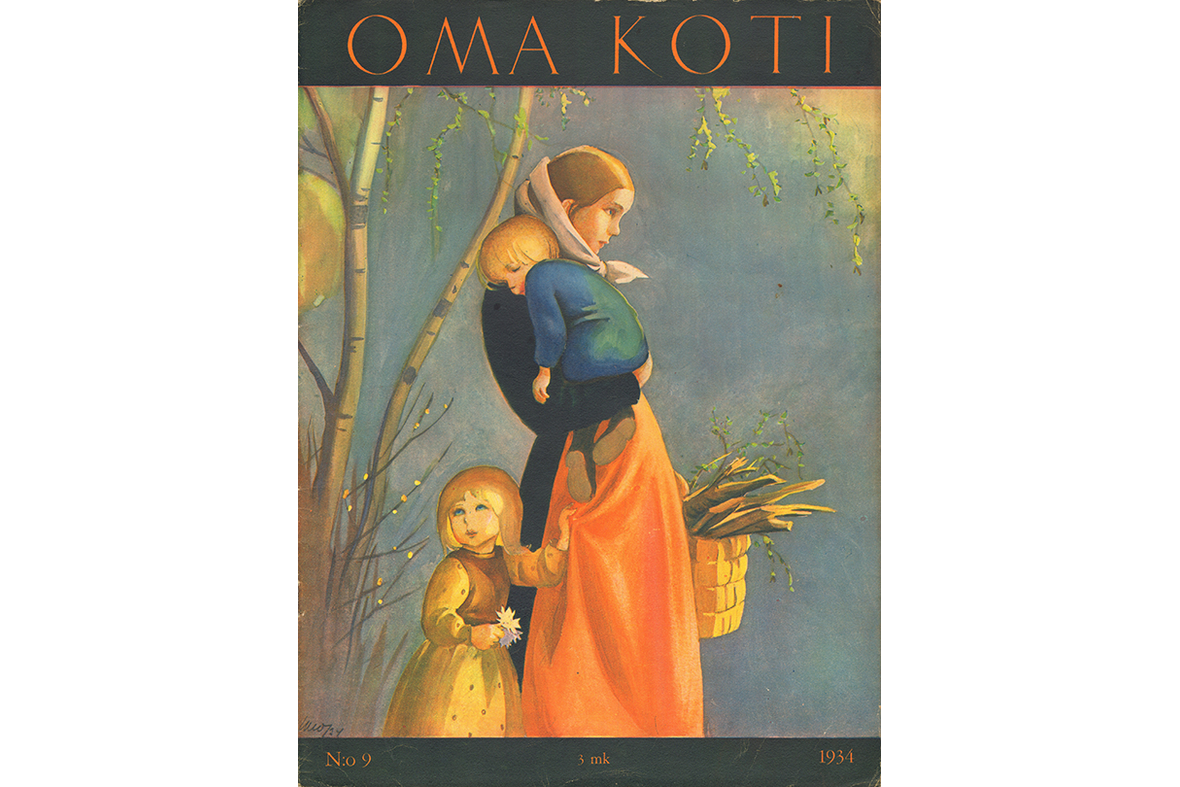 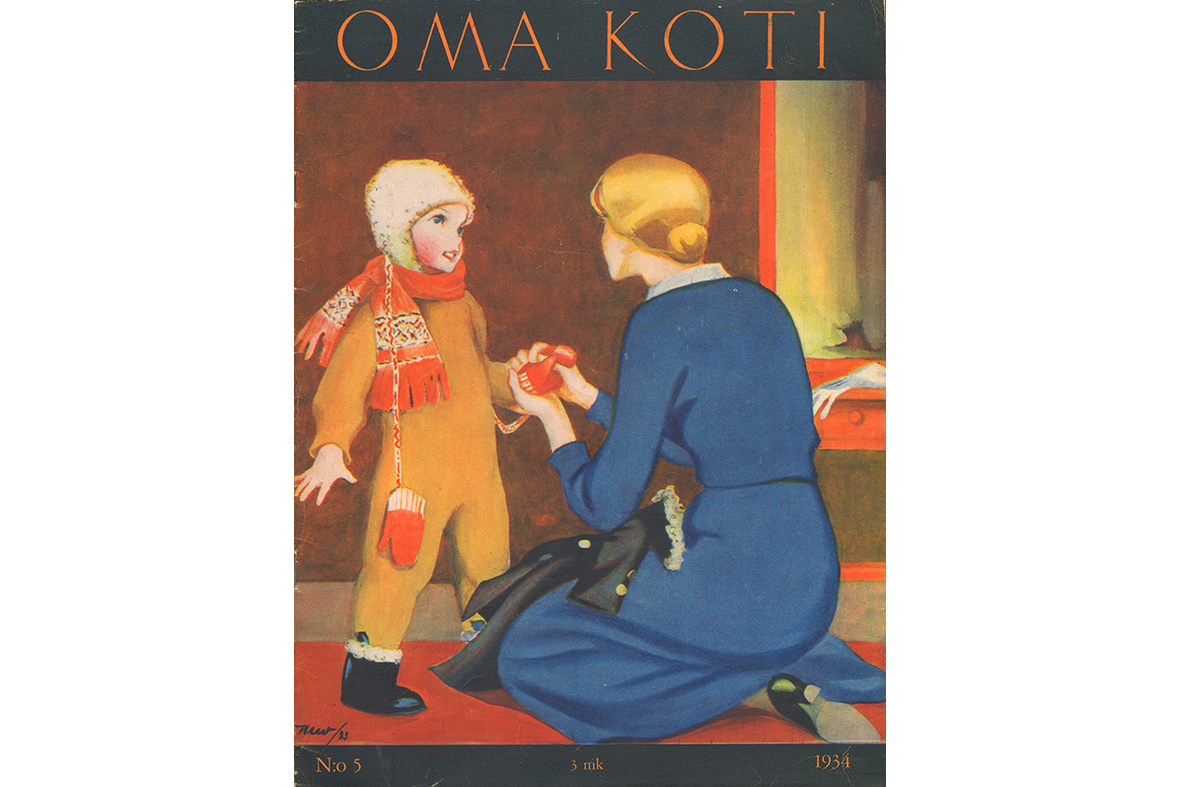 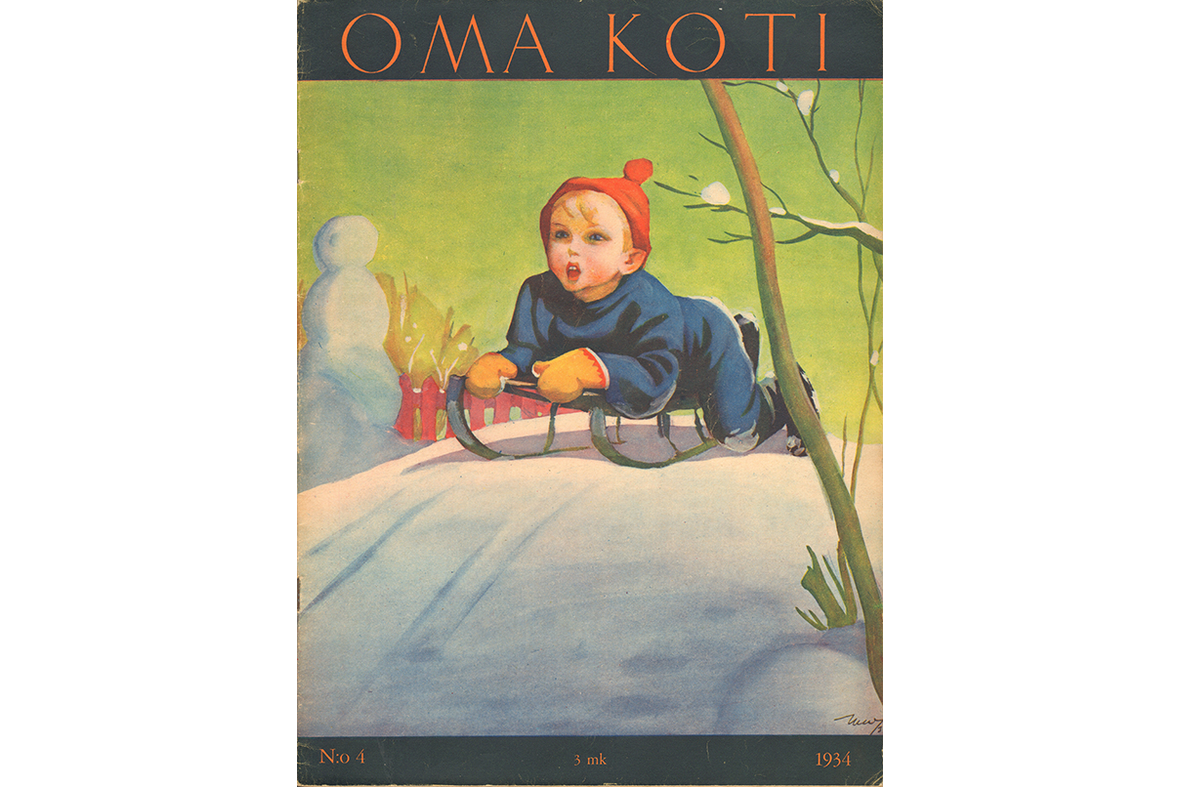 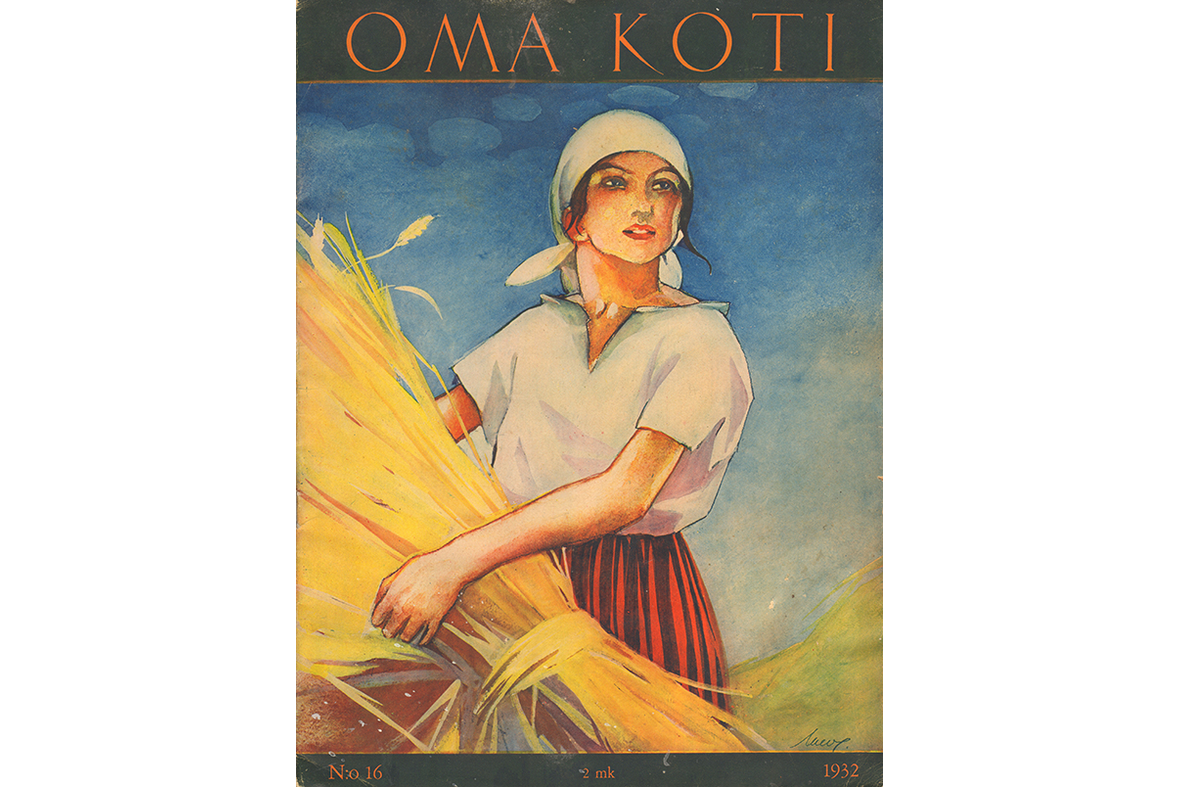