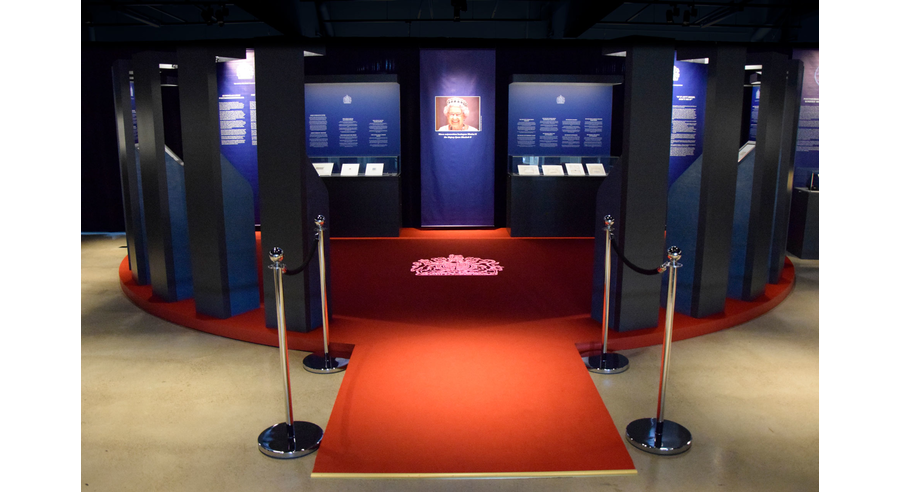 Precious stamps will take over the Postal Museum when the first stamps in the world, from Queen Elizabeth II’s collection, will be displayed in Finland for the first time.

Precious stamps will take over the Postal Museum at the Museum Centre Vapriikki in Tampere at the end of April. The first stamps in the world, from Queen Elizabeth II’s collection, will be displayed in Finland for the first time.

The Postal Museum will open an exhibition at the Museum Centre Vapriikki on 28 April 2017 to show the first stamps issued in the world, on loan from Queen Elizabeth II’s collection, for the first time in Finland together with some philatelic treasures from the Postal Museum’s own collection. The exhibition is part of the international philatelic exhibition Finlandia 2017, which will be held in Tampere Hall 24th–28th May 2017.

The exhibition will feature rare essays and proofs of the first stamps and postal stationery from 1839 to 1840. There will also be some ‘superstars of philately’ such as the blue unused Two Pence Post Office Mauritius stamp from 1847 and the Bermuda Postmaster Provisionals from 1848 to 1854. The most notable among the later acquisitions is the Kirkcudbright Penny Black first day cover. It bears ten Penny Blacks, the largest known group of Penny Blacks on a first day cover.

Rarities exhibited from the Postal Museum’s own collections will include Finland’s first stamps, the 5 and 10 kopek stamps issued in 1856 as well as pieces of postal stationery, which preceded these stamps and were issued from 1845. Some of the exhibits are unique and others so rare there are only a very few examples in the world.

Queen Elizabeth II’s postage stamp collection is known as the Royal Philatelic Collection. It is considered the world’s finest and most comprehensive collection of postage stamps of the United Kingdom and the Commonwealth. The collection was started by the Duke of Edinburgh, later King George V, in the 1890s. He was an active and knowledgeable philatelist and collected not only stamps but also essays and proofs. The collection was further expanded by King George VI, and acquisitions have also been made during the reign of Queen Elizabeth II.

To facilitate correspondence between people, uniform postage rates using stamps and postal stationeries were introduced in Great Britain in 1840. Postal stationery refers to items with prepaid postage. Finland followed the example in 1845, though originally only for postal stationery and uniform rates. Postmaster General Wulffert suggested in 1855 that stamps be introduced. The Senate approved the proposal, and stamps were first issued for a trial period of two years. The first stamps were issued in early March 1856, almost two years before the first stamps were issued in the mother country Russia.

The First Stamps. Gems from the collections of Queen Elizabeth II and the Postal Museum will be open at the Postal Museum at the Museum Centre Vapriikki, Tampere, between 28 April and 28 May 2017. Vapriikki is located at Alaverstaanraitti 5.

Wed 24th of May at 4 pm. A guided tour in English for the exhibition of Postal Museum Vapriikki’s entrance fee. At 5 pm. Keeper of the Royal Philatelic Collection, Michael Sefi, LVO: The philatelic collection of Queen Elizabeth II and the world’s first postage stamps. Lecture in English. Free entrance.

Thu 25th of May at 2 pm. A guided tour in English for the exhibition. Vapriikki’s entrance fee.

Fri 26th of May at 2 pm. A guided tour in English for the exhibition of Postal Museum. Vapriikki’s entrance fee. At 3 pm–4.30 pm. Expert in Classic Finland, Cyril Schwenson: The early printing clichés treasured in the Finnish Postal Museum (1845-1875). Lecture in English (possibility of interposed questions in Finnish or German). Free entrance.

Sat 27th of May at 2 pm. A guided tour in English for the exhibition. Vapriikki’s entrance fee.