Towards a New Home 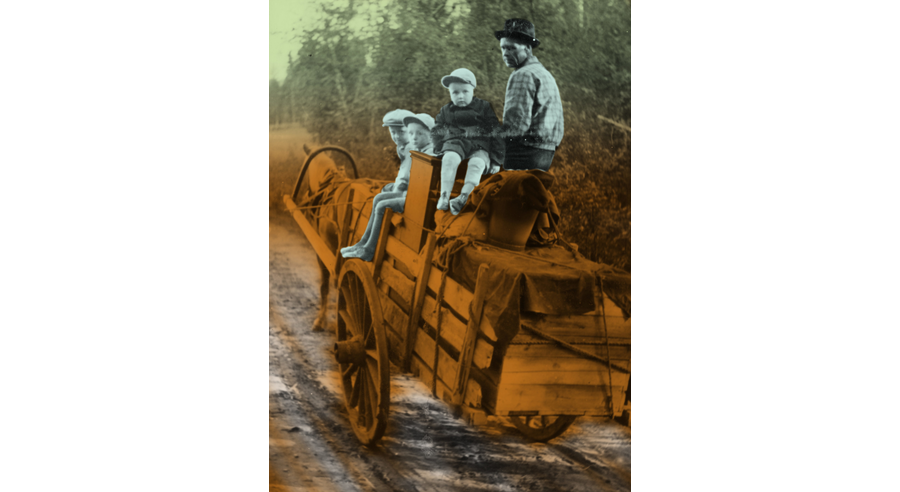 On the move! – Towards a New Home exhibition 24 April –15 November 2015 explores how people manage to build new homes and keep their identity from the viewpoint of Karelian evacuees and other refugees who later moved to Finland for humanitarian reasons. The exhibition is organised in collaboration with Rupriikki Media Museum.

It is not easy to be forced to leave the home. For many evacuees, adapting to a new culture and its customs was a personal tragedy, and it is still a disturbing experience. Today’s refugees go through similar changes and emotions when they arrive in Finland. Even if they have built a new home, their roots are still in the old home region, and this is true even for the younger generations. Construction of an identity continues from generation to generation.

Listen to the stories about the Karelian evacuees and the refugees as participants about this!

The experiences of the Karelians described in the exhibition are quite similar. They had to leave their homes In Karelia twice, first during the Winter War, then after the War. What made it easier for them to resettle in their new homes was the fact that other Karelians moved to the same region, there was a great community spirit, and they shared an easy-going character, optimism, cultural activities and a practice of helping each other out in practical jobs. Yet they all still have their roots firmly in the Karelian soil.

Stories told by refugees from Chile, Iraq and Somalia paint a harsh picture. At home they experienced fear and uncertainty, and the flight was dangerous for many of them. Like the Karielian evacuees, the refugees in the exhibition describe how settling in the new home has been made easier because of their community spirit, social interaction and various activities. Learning Finnish helps with planning for the future. They long for the old home regions, but however strong the yearning, not everyone can return there.

The exhibition explores themes that they all share: music, food, crafts, clothes and decorations as well as communication. In Timo Wright’s work Long Journey Home, the actor Vesa Vierikko reads stories about refugees’ and evacuees’ experiences. The exhibition also displays historical visual material on Karelian evacuees. The Postal Museum will launch an online data bank of material depicting post offices in the ceded area to accompany the exhibition.

Partners in the exhibition organisation have included Karelian associations in Pirkanmaa and students in the Master’s Programme in Visual Journalism at the University of Tampere. The exhibition also includes related events.

On the move! – Finland after the War is a series of exhibitions organised by the Trafiikki Museums Association. The nine museums in the Association network explore Finland in the post-war reconstruction era from the perspective of their choice. The Trafiikki Museums specialise in transport and communications.