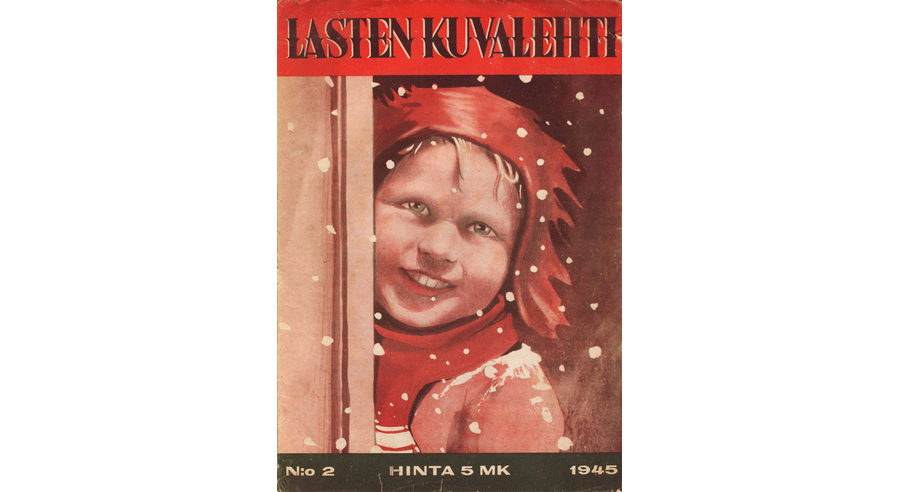 The favourite magazines during the inter-war period were Pääskynen and Sirkka, which encouraged children to take up instructive hobbies. After Sirkka was discontinued in 1945, Kimmo, Koululainen, Lasten Kuvalehti and Lasten Maailma, all founded that year, competed for children’s attention. Comic books began competing with children’s magazines from 1949 onwards, and Aku Ankka (‘Donald Duck’), launched in 1951, became the big favourite.

Joulupukki (‘Santa Claus’), which featured all colour images, and other Christmas magazines were particularly endearing children’s magazines. The White Guard militia group published Pikkulotta and Sotilaspoika magazines to support its activities aimed at children. Magazines such as Lipas, published by Säästöpankki bank, taught children how to be thrifty.

The exhibition has been compiled by Tampere-based collector Kari Elkelä from his own collections.