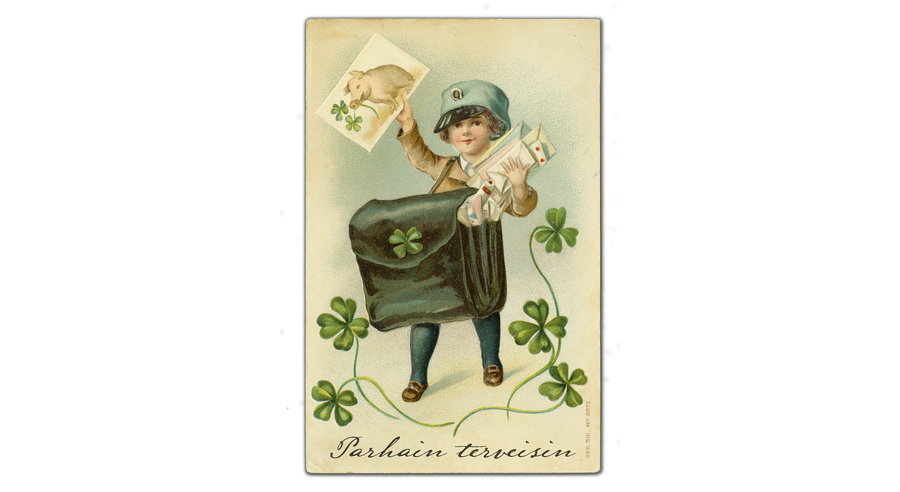 The Best wishes exhibition presents the history and uses of the postcard in Finland through various themes.

The postcard turns 150 in Finland in 2021. The first stamped postcard to be sent without an envelope was introduced in 1871. It revolutionised the way people, who were accustomed to letters enclosed in envelopes, communicated with each other. The postcard quickly became the instant messenger of its time.

One of the first users of the postcard was the author Sakari Topelius, who sent a card to his cousin in Vaasa on 10 October 1871, the day the stamped postcard was issued. On the card, he praises the new, magnificent form of communication. The postcard is in the Postal Museum’s collections.

Postcards did not have any images at first, but the rapid developments in photography and printing technologies helped the introduction of picture postcards to the market. People’s writing skills also improved at that time, and this together with cheaper postage than the fee for sending a letter raised the postcard to the peak of its popularity, which lasted until the 1920s.

In addition to everyday communication, the postcard was a handy medium for expressing opinions and spreading news and propaganda.

The postcard was used for sending greetings, best wishes and congratulations. As late as the 1960s and 1970s, a postcard was an instant messenger that informed the recipient of the sender’s comings and goings at a couple of days’ notice.

With the advent of the telephone and the Internet, the postcard lost its importance. It is no longer needed for communication or sharing news and is now an interpreter and conveyor of emotions.
The postcards in the exhibition have been selected from the Postal Museum’s collection of 220,000, which date from the late 19th century to the present day. The exhibition also features six videos about the history of the postcard.

The hobby of collecting postcards is presented in the exhibition through the collections of the members of the Finnish Postcard Association Apollo. The collections feature themes such as Tampere and the Päijänne region, the Kalevala, congratulation and greeting cards, Art Nouveau-style cards for different years and Finnish child-themed postcards from the early 20th century sent to a child.

Best wishes – 150 years of the postcard will be open 19 February-2 May 2021 at the Postal Museum on the 2nd floor of the Vapriikki Museum Centre, Alaverstaanraitti 5, Tampere. The exhibition will be touring in different parts of Finland in spring and summer. However, the collections of the members of the Finnish Postcard Association Apollo will only be on display in Tampere. 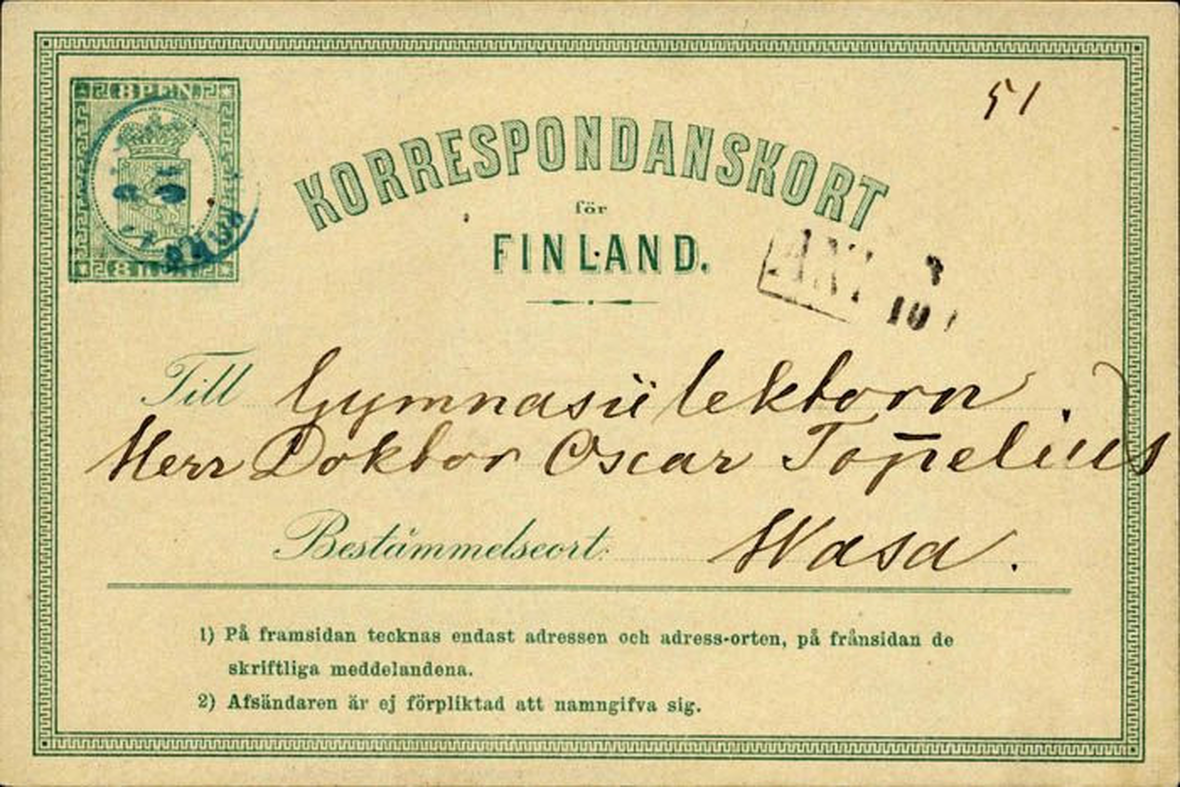 One of the first users of the postcard was the author Sakari Topelius, who sent a card to his cousin in Vaasa on 10 November 1871, the day the stamped postcard was issued. 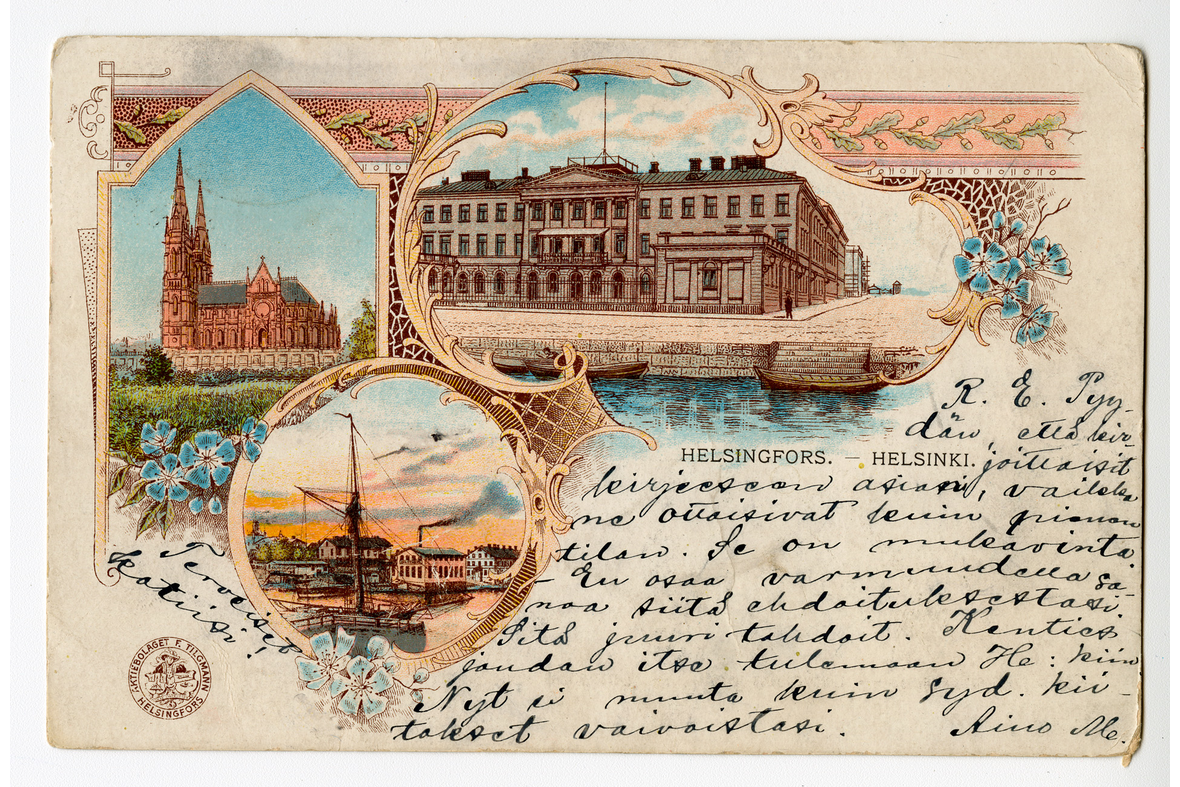 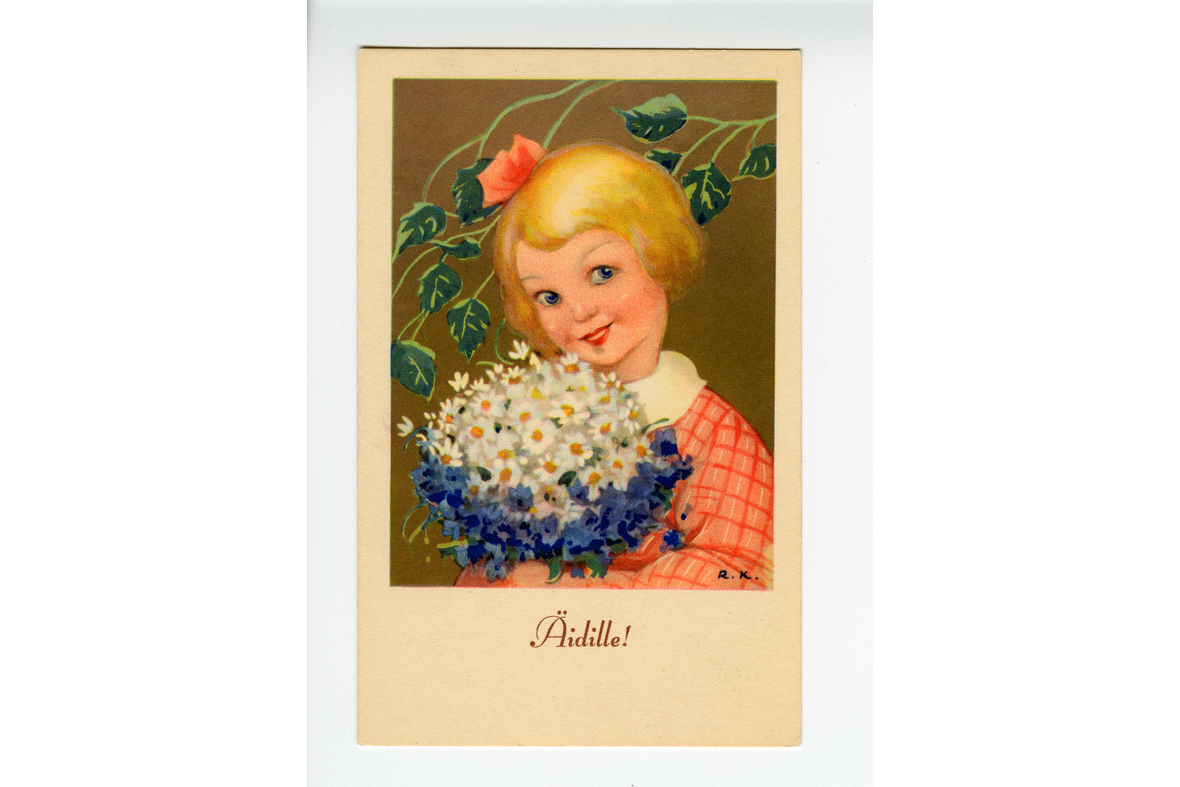 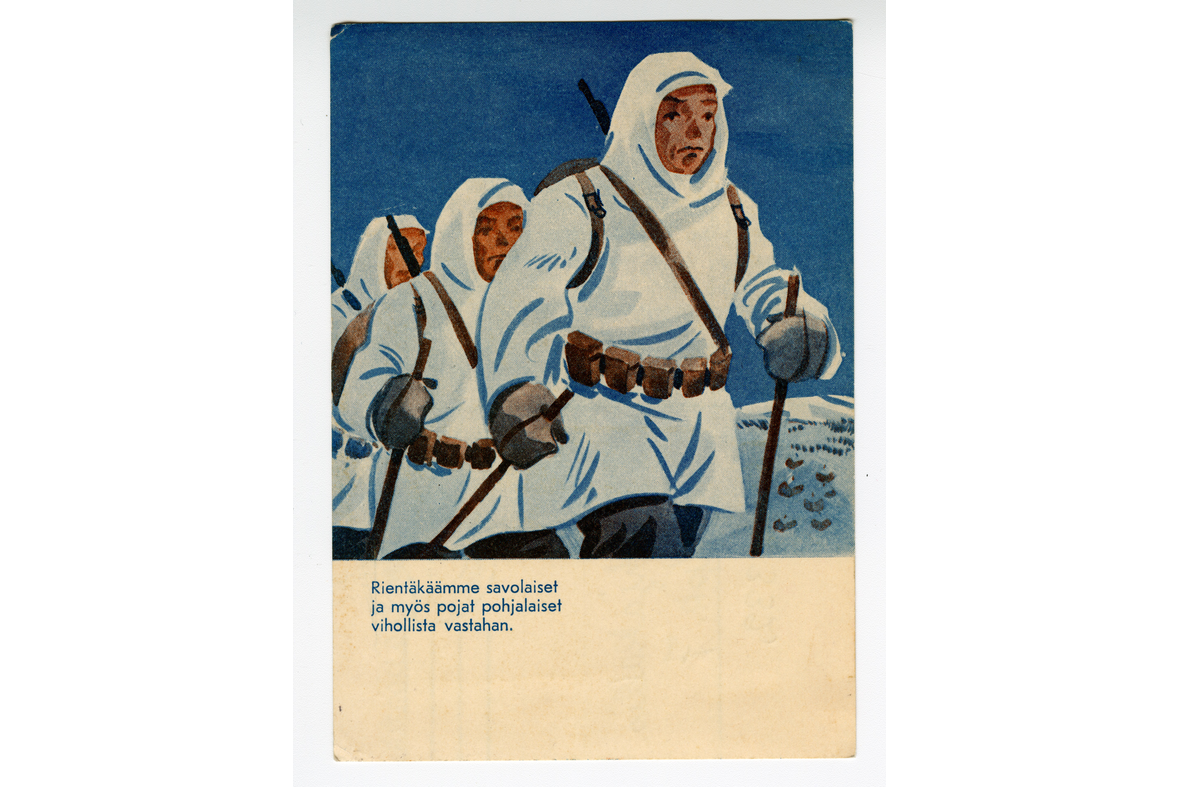 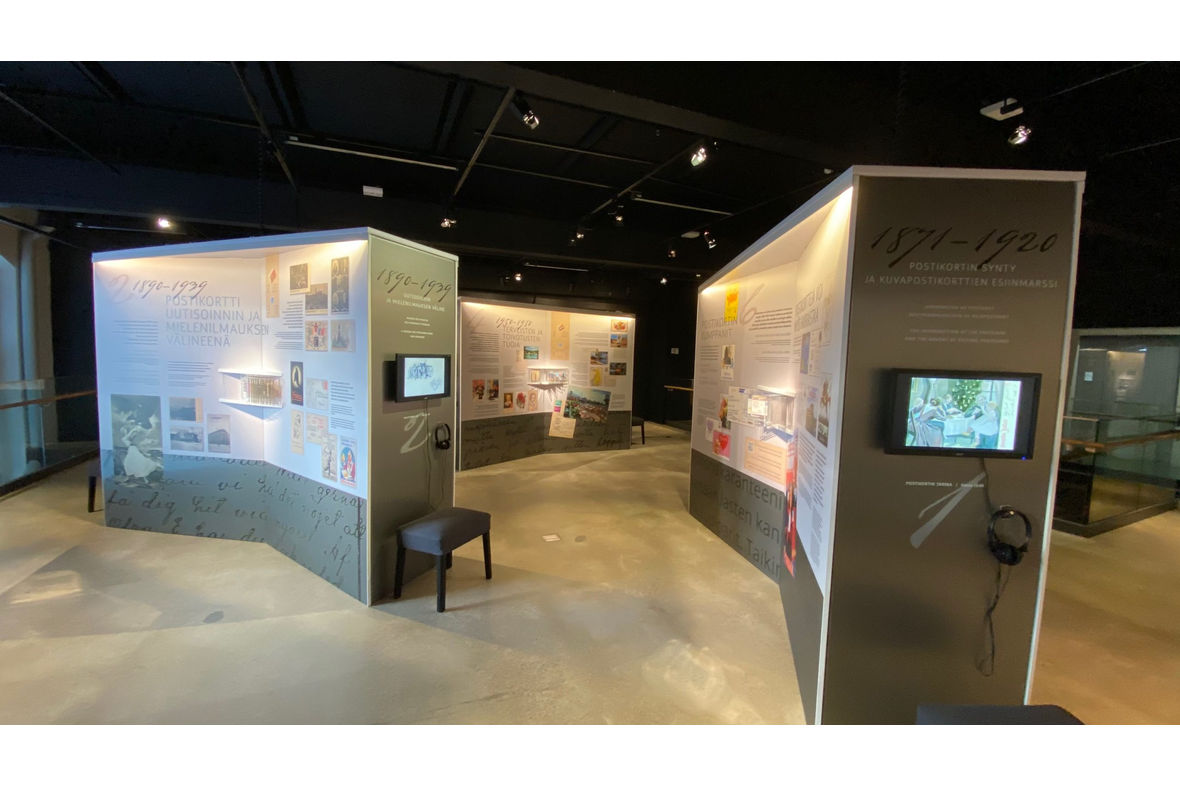 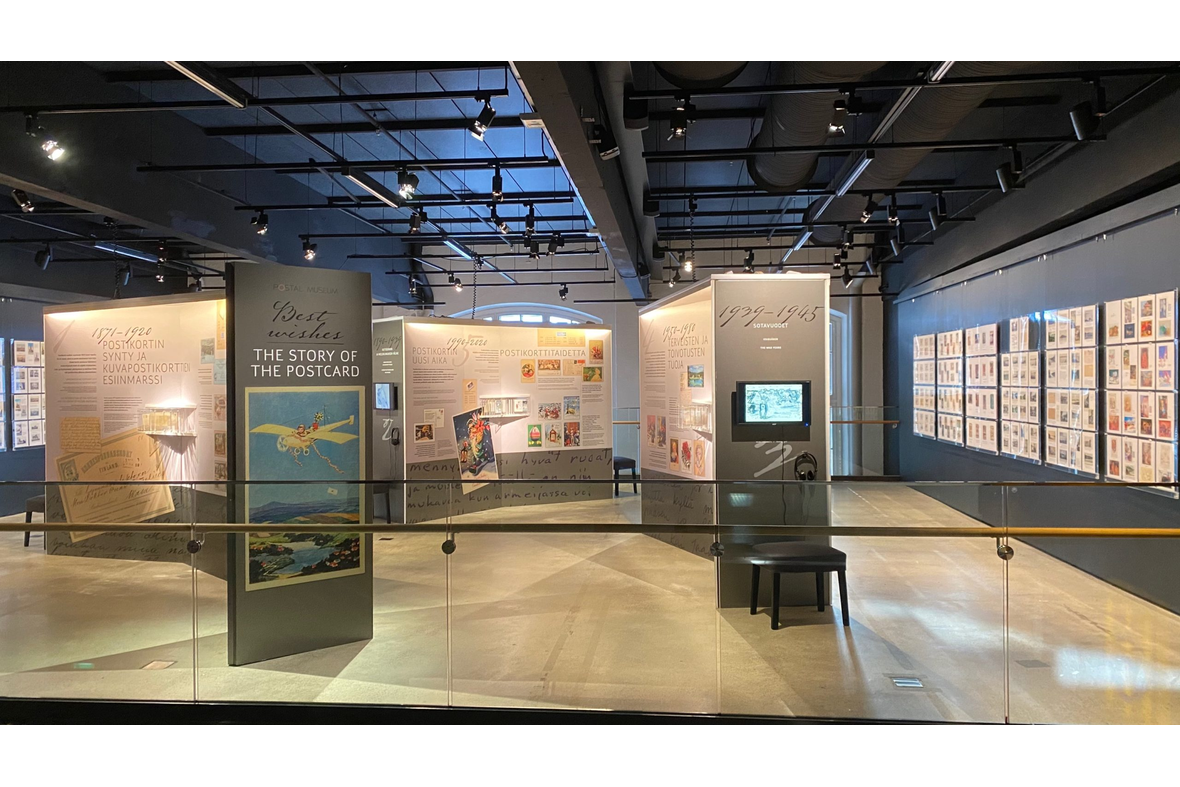